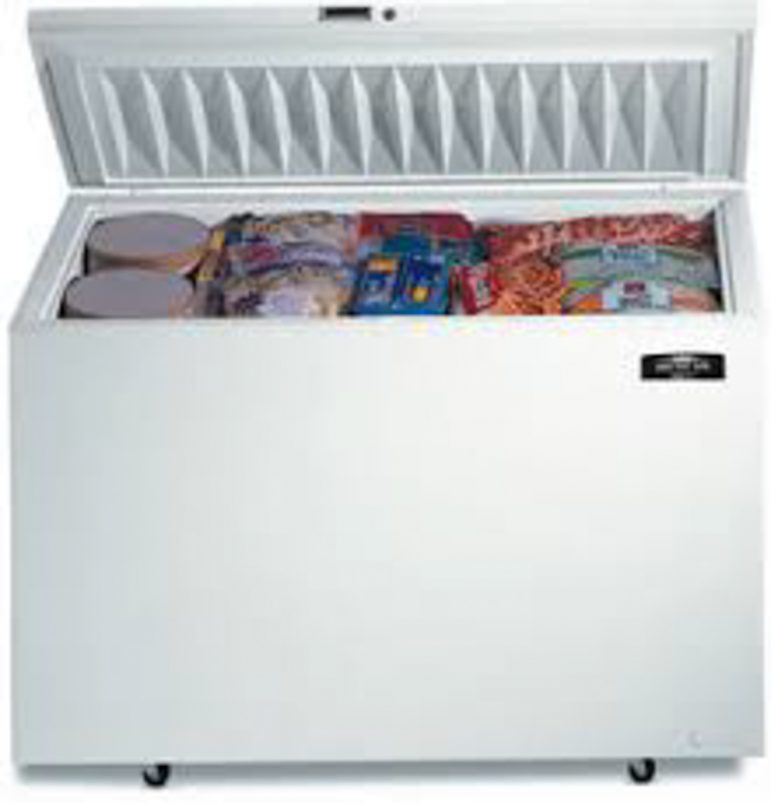 A new program offered by the Town of Philipstown is helping local residents properly dispose of old appliances whose refrigerants have the potential to contribute to global warming at an alarming rate.

Carbon dioxide, produced by the burning of fossil fuels and other activities, is a serious contributor to heat being trapped in the atmosphere, which in turn leads to global warming. But the warming potential of hydrofluorocarbons (HFCs), the refrigerant found in most home fridges, freezers, air conditioners and heat pumps, is up to 2,000 times greater than CO2.

The 8 ounces of refrigerant typically found in a standard dehumidifier has the same carbon footprint as 1.5 tons of C02. If refrigerants enter the atmosphere from older leaky appliances, or if the refrigerants are not properly recycled or destroyed, the potential environmental damage through global warming is severe.

That was part of Roberto Muller’s message to the Cold Spring Village Board on Aug. 25, when Muller, Philipstown’s Climate Smart program coordinator, announced a program that enables residents to dispose of appliances and the HFC refrigerants they contain.

Philipstown residents, including those in Cold Spring, can now take refrigerant-containing appliances to the Recycling Center on Lane Gate Road, free of charge, on Saturdays from 9 a.m. to 3 p.m. Muller said residents who have no way of transporting an appliance can call the town clerk at 845-265 3329, ext. 3, to arrange curbside pickup.

Interstate Refrigerant Recovery, a company based in Foxboro, Massachusetts, will be hired to periodically extract refrigerant from appliances left at the recycling center.

Philipstown’s program is being funded in part by $7,550 the town raised through participation in the Hudson Valley Community Power Program. Municipalities receive $50 for each resident who enrolls in that program’s community solar power initiative.

The Village of Cold Spring has raised $2,440 through the program but has not yet determined how the funds will be used.

He also noted that Central Hudson picks up and recycles working refrigerators, freezers and air conditioners, and offers a $100 cash rebate. Home Depot and Lowes will pick up old freezers and fridges for a $20 fee if the owner purchases a new appliance.

An educational fact sheet describing the environmental risks posed by refrigerants and the town’s efforts to properly dispose of them will be mailed to all households in Philipstown by the end of September.

Appliance manufacturers still use HFC refrigerants but began gradually phasing them out in early 2019 as part of the Kigali Amendment to the Montreal Protocol. The U.S. has yet to ratify the agreement. Eliminating HFCs is expected to take up to three decades, Muller said.

The refrigerant of choice now in most appliances is R600a isobutane. It is non-toxic and has zero Ozone Depletion Potential and very low Global Warming Potential, a measure used to determine how much a gas will warm the Earth compared to CO2.

Become a Member
Join The Highlands Current and support our independent local journalism for as little as $2 per month. Click here to see the benefits. As a nonprofit, we are able to provide our website and weekly print paper free to the community because of the generosity of our readers.