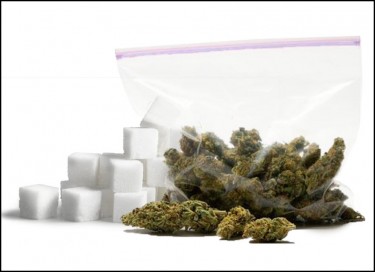 What is Nixon made sugar cane and its derivatives a Schedule 1 Drugs under the Controlled Substance Act.

America has a diabetes problem.

The problem is now a young person, old person, and even middle-aged person problem.

Let us rewind the tape and while many articles have been written about the racist origins of cannabis being made illegal in the first place, what if Nixon had made the sugar cane plant and all its derivatives illegal? What is the sugar compound was a Schedule 1 drug like heroin and cocaine?

First, America and the American health system would be in a much healthier place. Excess sugar in our diets, especially processed sugar, is stored as fat in the human body. The body can only process so much sugar and when it gets overloaded, health issues like diabetes can emerge. What if Harry Anslinger and Dupont were more concerned about the health issues in their fellow Americans from too much sugar, as opposed to their financial interests in keeping hemp out of commercial applications?

If sugar were outlawed in the 1950s, certainly big pharma would have stepped in and developed alternatives to be used in things such as soda, candy, and other high sucrose-based food. Would those lab-made alternatives be healthier than sugar? That is debatable to be honest, as the same discussions go on in present day society over stevia, aspartame, and xylitol. There would certainly still be soda, candy, sweets, and sweet flavorings for food, it would just not be sugar cane based.

Sugar exporting countries would be portrayed in movies and books the way current drug-exporting countries are written up today. Would Brazil, Thailand, India, and France be portrayed and thought of the way Columbia, Peru, and Bolivia are in drug movies and cocaine documentaries? Would there be a Sugar Pablo Escobar? Would we be able to buy black market bags of Brazilian sugar from our local grocery store manager?

What about the overall health of Americans? Could we assume that diabetes, especially in kids, is down by 80% from current levels? What about BMI’s (Body Mass Index) across the board being 25% lower, or even a BMI system that is redesigned for a lower percentage body fat population? Black Beauty, a cannabis strain with high levels of THCV, is being studied for a medical treatment for diabetes.

The flip side of the question, or the ying to the yang, is cannabis stays legal, as it was over 85 years ago, and sold at local drug stores like CVS and Walgreens. In the 1950s Woolworths used to sell bottles of cannabis oil for $0.05 as an elixir or cure-all for a variety of everyday ailments like fever, achy muscles, and general pain management, ie, think liquid aspirin. So not only do you remove sucrose from the diet, but you add in healthy cannabinoid “multi-vitamin” shots if you will, in the form of drops under your tongue or capsules. Now, cannabis is in no way a 1:1 replacement for sugar and I am not suggesting that we could have removed 3 grams of sugar from X candy bar and put in 3 grams of cannabis as a replacement. Although, that candy bar would be really worth the extra few bucks!

Obviously, by NOT making THC illegal, the scientific research into cannabis-based medicines for PTSD, depression, anxiety, Alzheimer’s, epilepsy would be 85-years ahead of where they are now. To think cannabis would have eliminated big pharma’s hold on medical prescriptions would be a mistake, they would have joined the game, bought up cannabis companies and research facilities, and made profits on cannabis-based drugs. If the marijuana plant were not made illegal, big pharma would be billions into research and medicine, they would not have ignored the plant and just worked on alternatives.

Where does alcohol fit in to this hypothetical? While full of sugar, would the general switching of cannabis-based products for recreation have started at the same time in the 1950s? Would the alcohol industry in-general be half the size it is today because, as we are seeing now in legal marijuana states, many consumers prefer cannabis over alcohol as a recreational event. Does this lead to less bars along city streets pre-COVID, and more marijuana coffee shops and recreational clubs and lounges like Spain currently uses? Spain’s cannabis model employees joining a club or lounge for a small fee where you can go in and buy and consume cannabis. You are not allowed to use it on the streets and walk around smoking it, but inside these private clubs is legal. Think buying a beer at bar and then trying to walk outside and down the sidewalk with it, that is how Spain wants cannabis for now, private, in club, do your business, and then come back out and continue your day.

The premise of the article could be extrapolated out to a much broader views such as world wars, the war on drugs, and general aggressive actions in general, whether individually or as a country. Would we have a less aggressive world over the past 80 years if we all just smoked a fat joint at the end of each day? Do theories like an eye-for-an-eye and revenge violence hold such an emotional grip on people if they are chilling out with cannabis on a regular schedule. I mean, how many stoned guys stand up and want to start a fight-fight? It much more likely chocolate chip cookie dough sales surge, but that leads up to the first question, what if chocolate chips are a schedule 1 drug?

We would be in a much healthier place as a country if sugar was banned 85 years ago instead of marijuana. Would communities decimated by the war on drugs be the same communities decimated by the war on sugar? Would a cocaine dealer end up being a sugar dealer, substitute one for the other? We would be less fat, have better alternatives to stress and anxiety, and would probably see a much smaller alcohol industry as people end up choosing cannabis over alcohol at much greater rates among younger generations. The damaged and death caused by excessive alcohol and the war on drugs would be a nice piece of American history that could be replaced by legal cannabis grows and stories. 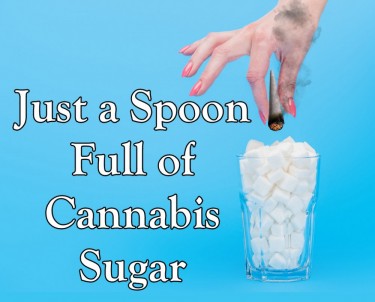 WHAT IS CANANBIS SUGAR AND HOW DO YOU MAKE IT AT HOME? 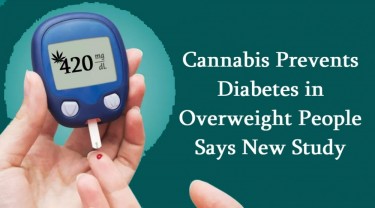