The city of Imperial, located in neighboring Imperial County has decided to go against state orders declaring all businesses as essential. The city recently passed a resolution giving businesses within the city limits the option to open.

NBC Palm Springs spoke to the mayor of Imperial to learn how the city will move forward with this new resolution.

“I think it’s awesome that the city of imperial stepped up, this has been literally hell on everybody,” said Deuce Robertson, Owner of 4:13 Fitness Center

People in Imperial County are desperate to open up.

“Not just on our financial stand-point but on a mental standpoint,” added Robertson.

“We adopted a resolution for the city of imperial declaring that we considered all of our businesses essential,” said Darrell Pechtl, Mayor of Imperial.

That means all businesses in the city are now considered essential and can reopen as long as they follow masking and social distancing guidelines.

“The city of Imperial, the council of Imperial is not choosing to be defiant. we are looking out for business owners, we are trying to support those businesses that need the most support and assistance because they’ve been shut down this entire time,” added Pechtl.

Imperial County is a rural community that has been heavily impacted by COVID-19, it had the highest death rate in the state. The situation was so dire in early July, the county had to transfer more than 500 patients as far away as Northern California.

At one point, 1-in-5 people tested were testing positive for Covid-19, a 22% positivity rate. That’s why as other counties begin to partially reopen, Imperial County has been stuck under more stringent guidelines.

“We continue to still have local residents leave our county because of these restrictions, to go to Mexico, to San Diego, to Riverside, to Yuma, in order to engage in business, in order to conduct their lives,” said Pechtl.

The mayor says the positivity rate has dropped to 17%, still a ways away from the state’s mandated 8% threshold. But hospitalizations have also decreased by 19% in the past four weeks. Labor leaders who work to keep employees safe say it’s too much, too soon.

“The issue I see is the fatigue, we can’t be lax just because of the fatigue, we’re all tired, every one of our resources is being stretched to no end and I also agree, small businesses are absolutely the backbone,” said Joe Duffle, President with United Food and Commercial Workers Union.

“Our intent is to simply support those businesses that are flowering, that is dying on the vines, that can operate safely and indeed more safely than a Home Depot or a lowes or a Walmart or a Costco. which are letting in hundreds of clients in at a time,” explained Pechtl.

Part of the ongoing process as communities struggle to come out of the pandemic. 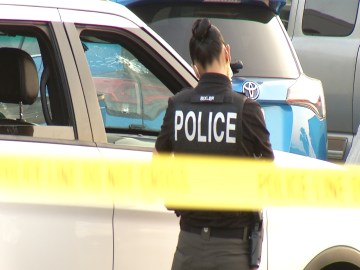