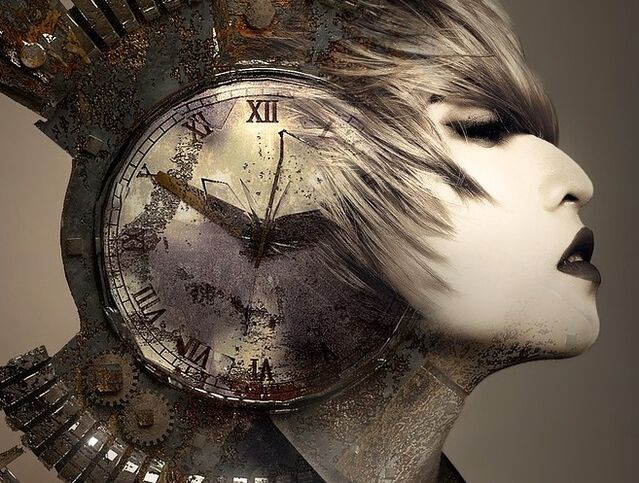 Timing is everything. How any drug affects your brain is determined by many factors. Your age at the time of exposure is one of the most important. Other factors include the integrity of the blood-brain barrier and the maturity and efficiency of the liver and kidneys; these factors vary with normal aging. No drug is always beneficial or always harmful. Cannabis is an excellent example of this principle.

Cannabis is the most widely used illicit substance. However, it is not the most harmful substance consumed by humans. The harmfulness of many substances depends upon how they interact with the brain. It is not possible to kill yourself with cannabis in the way that it is possible to die from consuming too much alcohol. The reason is the distribution of receptors in the brain that respond to either alcohol or cannabis.

How do the risks and benefits of cannabis change during normal aging?

Cannabis use is still common among pregnant women. A large longitudinal study tried to assess the consequences of cannabis use. The Adolescent Brain and Cognitive Development (ABCD) Study recruited 11,875 children aged 9 to 11 years from 22 sites across the US between June 1, 2016, and October 15, 2018. They examined prenatal cannabis exposure prior to and after maternal knowledge of pregnancy. Prenatal cannabis exposure was associated with increased incidence of psychopathology in the offspring, including attention deficits, thought disorders, social problems, and sleep disruptions, as well as lower gray matter volume; these associations sometimes lasted into middle childhood. Exposure after the mother had knowledge of pregnancy was associated with lower birth weight as well as significantly reduced total intracranial volume and white matter volumes. The implications are clear: the prenatal brain is very vulnerable to the presence of cannabis.

Overall, the available evidence indicates that the adolescent brain is still vulnerable to exogenous cannabinoids. Essentially, cannabis alters the normal trajectory of brain maturation, although the consequences seem to be less severe than those of prenatal exposure. The combined evidence from numerous human and animal studies suggests that exposure to cannabis during adolescence has the potential to produce subtle, but lasting, alterations in brain function and behavior. The severity differs according to duration of use, age at first use and underlying genetic vulnerabilities that are more likely to appear during adolescence, such as various psychopathologies.

Cannabis in middle to old age:

Cannabis use is becoming more common in older people. The majority of users in this group, primarily between 50 and 60 years old, report their most common reason for turning to cannabis is for pain reduction due to illness or injury. Most patients report that although cannabis is not more effective, it has fewer unpleasant side effects than over-the-counter or prescription pain medications.

A recent study assessed the relationship between long-term medical cannabis use and cognitive function in a sample of middle-aged and older patients with chronic pain. Their results suggest that use of whole-plant medical cannabis does not have a negative impact on cognition in older patients. It is critical to take notice that this study, as well as the majority of other epidemiological studies, utilized the whole plant rather than specific extracts. The benefits from specific components of the plant have yet to be fully defined. Indeed, we may discover that the greatest benefits might only be realized from the aggregate actions of all of the components of the plant.

Why are the effects of cannabis age-dependent?

The answer to this question remains unknown, but there is one fascinating potential mechanism that involves what is happening to the stem cells in your brain.

Stem cells undergo neurogenesis and give birth to new neurons every day. Neurogenesis is obviously critical for the developing brain, from the prenatal period to adolescence. Neurogenesis begins to decline around middle age and is nearly absent by the time you are ready to retire. Numerous PET imaging studies of humans suggest that the decline in neurogenesis is due to increased levels of brain inflammation that occurs naturally with advancing age. The decline in neurogenesis likely underlies age-related impairments in learning and memory and an increased incidence of depression.

Research in my laboratory has demonstrated that a daily low dose of cannabis can significantly reduce brain inflammation. My lab’s research also demonstrated that stimulating cannabis receptors on surviving stem cells can restore neurogenesis.

Early in life, the developing brain cannot tolerate manipulation of the cannabis receptors on its stem cells. If stem cells are exposed to cannabis, normal development of the brain is impaired and the consequences may last into adulthood. In contrast, later in life, cannabis may stimulate stem cell activity and protect the brain from inflammation. Please keep in mind that It takes very little cannabis to produce benefits in the older brain. My lab coined the motto “a puff is enough” because it appears as though only a single puff each day is necessary to produce significant benefit. Thus, moderation of cannabis is the best approach as you get older.