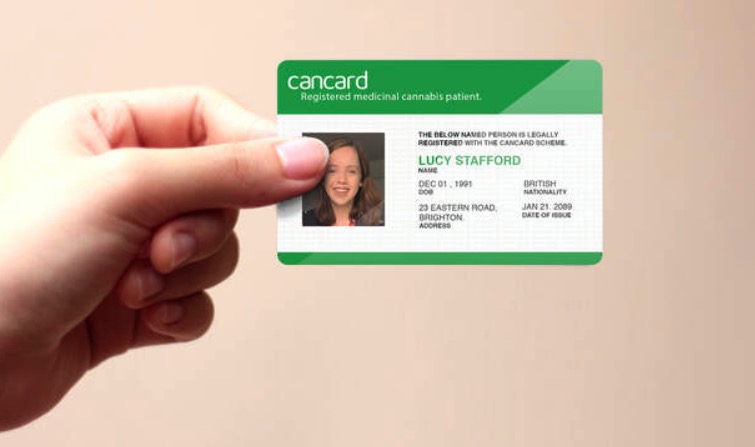 From 1 November this year, a new cannabis exemption card will be available to protect medicinal cannabis patients from arrest and legal prosecution in the UK.

North Wales Police and Crime Commissioner, Arfon Jones – a long-term advocate of drugs reform, – believes the new card would free millions of sick people from the fear of being prosecuted.

It is estimated that over a million people regularly use cannabis, a Class B controlled drug, to help them cope with the pain and anxiety caused by illnesses including cancer, depression, epilepsy and multiple sclerosis.

Mr Jones is supporting a call from the National Police Chiefs Council, the body that represents Chief Constables in the UK, to give the new system the green light.

The Council is working with the organisers of the cards to design and implement it and the Police Federation which represents rank and file police officers, is also behind the scheme.

The card would identify them as a ‘registered medical cannabis patient’ and prevent them being taken to court, fined or even jailed for buying cannabis for their own use from an illegal dealer.

Mr Jones was deeply touched by the recent death of Phil James, a young father from North Wales who took cannabis oil to prolong his life after being diagnosed with a brain tumour at the aged of 33.

Mr James’ case made global headlines after he advocated for the use of CBD which contains banned Tetrahydrocannabinol (THC).

The father-of-one from Oakenholt, near Flint, said the oil shrunk his tumour and staved off seizures allowing him to spend longer with his wife Nicola and their 15-month-old daughter, Phoebe.

He was diagnosed with a grade three tumour at the end of 2015 and it dramatically reduced in size after taking the drug.

But Mr James then suffered a minor stroke and a CAT scan revealed a secondary tumour, causing him to suffer a series of falls, in February 2018.

He died at Nightingale House Hospice in Wrexham in January this year.

According to Mr Jones, the case of Phil James was a perfect example of why it was necessary to ensure that people who took medicinal cannabis should not have the additional worry of being threatened with the possibility of prosecution.

It was, he said, “cruel and inhumane” for people to be criminalised for being seriously ill.

Mr Jones, a former police inspector, added: “The police have fought a long and unsuccessful campaign against drug use which has just had the effect of playing into the hands of the criminals who control the illegal drug trade.

“At the same time it has penalised people for whom cannabis can offer real and lasting relief from the medical problems caused by a range of illnesses.

“It is unfair and cruel that people living with conditions like multiple sclerosis who use cannabis are putting themselves at risk of being prosecuted.”

Medical cannabis has been legal in the UK for nearly two years but because it has to be prescribed by a specialist rather than a GP fewer than 100 people are believed to have been given a medical cannabis prescription.

There are over three million people who suffer from the ailments which cannabis could help control but the cost of a private consultation has priced many out of the prescription option so many turn to the dealers.

Last year, a YouGov survey found that almost three per cent of the adult population, 1.4 million people, were using cannabis for a medical condition while a further two million who are not using the drug could be eligible for a cannabis card.

The card, also referred to as CanCard, is a private scheme and will give people who need medical cannabis but cannot afford a prescription support in order to avoid arrest.

It won’t be a guarantee against prosecution although its supporters say that it could persuade police not to take action against those with small amounts of the drug for medicinal use.

But Jason Harwin, from the Police Council, said: “The card isn’t a get out of jail free card It does not give holders the right to carry illicit drugs. It’s a flag to us that the person should be accessing medication.”

As things stand, the UK Government has no plans to change the law and legalise the Class B drug but Arfon Jones said: “I am pleased that police officers of all ranks are throwing their weight behind this campaign.

“My stance on drugs is a matter of record and was a part of my manifesto when I was seeking election as Commissioner, an election that I won with a significant majority.

“Illness can be an isolating experience, especially if your medicine is illegal, and it is surely wrong that people seeking relief from suffering should be criminalised.”

Spotted something? Got a story? Send a Facebook Message | A direct message on Twitter | Email: [email protected]

Get notified about
news from across North Wales