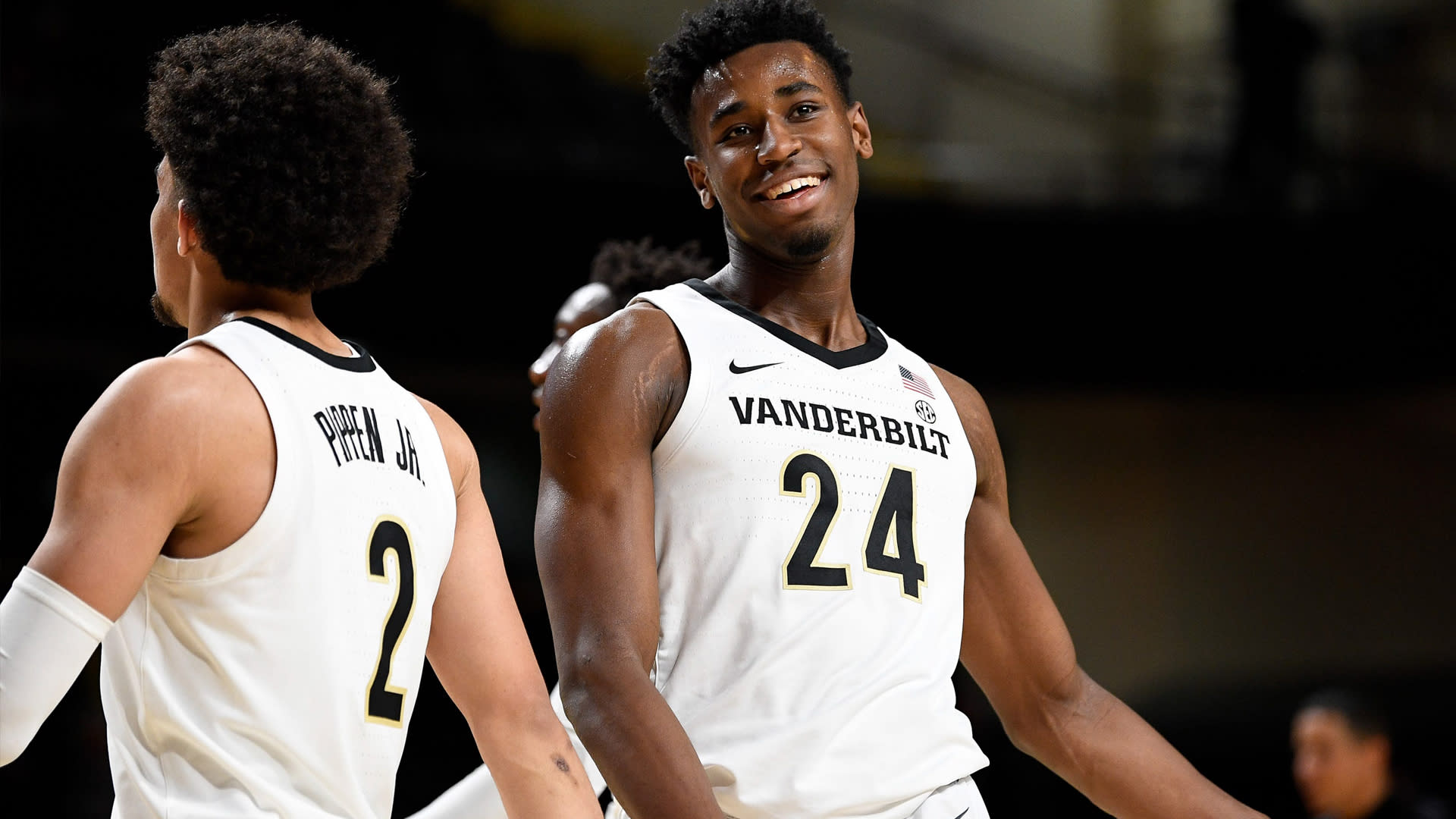 Uncertainty defines this offseason for the Kings.

After a disappointing showing in the NBA bubble in Orlando, Fla., general manager Vlade Divac and assistant GM Peja Stojakovic stepped down from their positions, leaving advisor Joe Dumars to serve as interim executive vice president of basketball operations.

That means it will be up to Dumars to decide which prospect the Kings take with the No. 12 overall pick in the 2020 NBA Draft.

The Kings don’t have an obvious hole that needs to be filled, but there are a lot of question marks on the roster. Will restricted free agent Bogdan Bogdanovic re-sign? Will Kent Bazemore and Alex Len return? Will Buddy Hield be content coming off the bench or will he demand a trade? Can Marvin Bagley stay healthy and live up to the hype of being the No. 2 overall pick?

So who should the Kings target in the upcoming draft, which could be pushed back? Here’s who the experts see the Kings taking.

The player: Aaron Nesmith, SF, Vanderbilt
The reason: “We’ve had Nesmith dropping to No. 13 to the New Orleans Pelicans for a while, but with Kings could use another floor spacer on the wing thanks to Buddy Hield’s uncertain future in Sacramento. The Vanderbilt product shot 52.2 percent on 8.2 3-point attempts per game last season. He is an elite marksman capable of moving without the ball and finding openings. With De’Aaron Fox breaking down defenses, the Kings need as many shooters on the floor as they can find.”

The player: Saddiq Bey, F, Villanova
The reason: “Bey is a competitive, efficient two-way player who made 45% of his 3-pointers this past season and showed at Villanova he knows how to play a role and make winning plays. Like every NBA team, the Kings could stand to add more options on the wing, and Bey can fit into any almost any lineup with his versatility and decision-making.”

The player: Isaac Okoro, F, Auburn
The reason: “He displayed rare defensive versatility in his freshman season, preventing penetration when guarding the ball, making crisp rotations off the ball, and even flashing some signs of rim protection when he’d wall up in the paint. Okoro’s offense remains a mixed bag at best, with encouraging playmaking flashes being overshadowed by his struggles to shoot from three-point range.”

The player: Patrick Williams, F, Florida State
The reason:  “The draft’s youngest NCAA prospect, Williams flashed unique versatility fueled by 6’8″ size, power, touch, pick-and-roll passing and defensive playmaking. The forward spots are Sacramento’s weakest, and Williams may eventually be able to log minutes at both, depending on how his perimeter skill develops.”

[RELATED: Kings must remember these hits, misses at No. 12]

The player: Aaron Nesmith, SF, Vanderbilt
The reason: ” … there’s been organizational emphasis on placing shooters around centerpiece De’Aaron Fox. Nesmith has a case as the top perimeter threat in the draft and is viewed as a safe, if not necessarily spectacular pick thanks to his solid frame and potentially elite skill. He’ll benefit from the league-wide demand for wings, and has a fairly good case in the back of the lottery.”