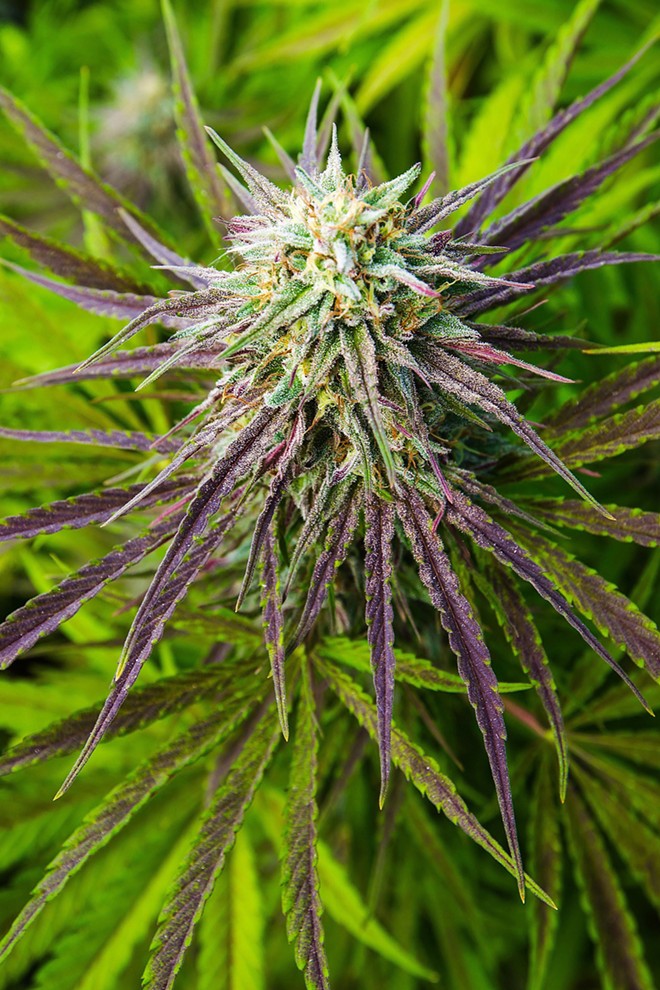 A large cannabis farm proposed near San Miguel overcame a neighbor’s appeal on Feb. 9—earning a 3-2 vote of support from the San Luis Obispo County Board of Supervisors—but words exchanged during the hours-long hearing indicated a lawsuit may be coming next.

SLO County supervisors narrowly denied Kenneth Cottrell and Stephanie Shakofsky’s appeal of the 3-acre outdoor grow slated for a 66-acre property on River Road, which will also have indoor cultivation, nurseries, and a non-storefront dispensary on site.

The vote granted a win to the applicant, Natural Healing Center, a prominent local cannabis brand that spent three years in the county’s permit pipeline and whose founder, Helios Dayspring, is in the throes of a courtroom war with his investor.

In objecting to the project, Cottrell, a neighbor to the grow, and Shakofsky, a local cannabis watchdog and recent candidate for 1st District supervisor, argued that officials did not adequately analyze the project’s environmental impacts, including water use, odor drift, and noise and light pollution.

Shakofsky, who has sued to challenge local cannabis project approvals in the past, said SLO County has a bad habit of “kicking the can down the road” when it comes to addressing the impacts of cannabis.

“It is important for this legislative body to understand that that kind of approach to permit approval is, in short, not allowed or rather illegal,” Shakofsky said at the meeting. “The community has a right to know and to understand the environmental and human health consequences of these large industrial operations.”

Cottrell told the supervisors he’s worried that the odor from the outdoor cannabis grow will drift onto his property and surrounding ones. The project’s close vicinity to a local bus stop also drew concerns.

“There’s 47 homes there—33 are downwind from a very strong northwest wind,” Cottrell said.

In addressing the appeal, which was first filed in late 2019, Natural Healing Center representatives told the board that the project was refined over many months to help alleviate the environmental concerns raised.

“We have the potential to generate as a company in excess of $10 million a year in discretionary revenues to the county,” Armendariz said. “These revenues go a long way to providing essential core services. … Right now, in light of the pandemic and the budget deficits, that’s a significant issue.”

In voting for the project and against the appeal, 3rd District Supervisor Dawn Ortiz-Legg also highlighted the economic benefits of the cannabis industry.

“It reminds me oftentimes of what happens when we have a change-over of industries, and this is a legal industry,” Ortiz-Legg said. “It’s an industry that’s provided a lot of jobs, … and that’s very important.”

“The smell,” Compton said, “these projects go in and then we say we’re going to deal with the smell after. … We have it in Nipomo and there’s just no good technology that mitigates it at this point.”

After calling the appeal’s arguments “a little bit defective,” 1st District Supervisor John Peschong predicted that the project’s fate will likely be determined in court, suggesting a lawsuit may be forthcoming.

“Ultimately I do think this is probably going to be a court decision at some point,” Peschong said.