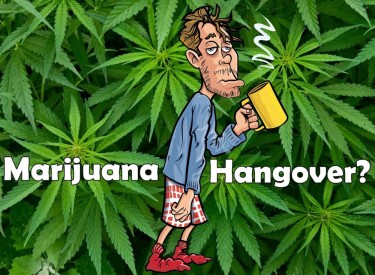 Hangovers involve a hazy and lethargy feeling the day after a bad reaction with a substance of abuse. The same applies to marijuana although it is largely restricted to cannabis edibles. It is harder to have a marijuana hangover through smoking which is why the majority of cannabis users don’t believe in it.

What are the causes of marijuana hangovers?

The principal component of cannabis that accounts for the euphoric high experienced by cannabis users is THC. THC works through the endocannabinoid system to give an intense burst of energy that can help to elevate mood and feeling. The level of THC in the body determines the kind of reaction to be expected. High levels of THC in the body can give rise to undesirable reactions which can lead to marijuana hangover.

With cannabis edibles, it takes time for the effect of THC to kick in. This is because there is a difference between the rate of metabolism of cannabis edibles and that of other forms of consumption like smoking. Smoking takes a shorter period for the effects to be felt in comparison with cannabis edibles. Edibles take between 20 minutes and 2 hours to produce effects. Many cannabis users due to a lack of the desired effects often fall into the trap of taking excessive amounts of edibles. The accumulation of such edibles in the body can lead to a plethora of adverse reactions which ultimately causes marijuana hangover the next day.

Another possible way to induce cannabis hangover is by mixing edibles with alcohol. The body often develops tolerance based on the amount of cannabis it is used to. Cannabis users that are not used to high levels of THC are prone to bad trips when they mix edibles with alcohol. The difference in the rate of metabolism of both components opens up the user to a higher level of euphoria. A level that can come with negative implications (like hangovers) if the body is not used to such.

What are the symptoms of marijuana hangovers?

The symptoms of cannabis hangover largely depend on the user. Here are some of the common symptoms that characterize marijuana hangovers.

If you’re experiencing any of these symptoms a day after heavy cannabis use, don’t panic. Take lots of water and some painkillers and you should be okay. However, if symptoms persist it’s advisable you see a doctor.

How to manage marijuana hangovers?

Try to relax: Anxiety and restlessness are some of the common symptoms of marijuana hangover. To return the body to a state of normalcy, it is important to try to relax. A calm environment devoid of noise and overstimulation will help to prevent some of the symptoms. Try to avoid loud music or pictures from the TV which can heighten brain activity and promote stress. Relaxation will help your body recover from the hazy feeling that characterizes the hangover.

Eat healthily: One of the hardest things to do after a hangover is to eat especially if the hangover manifests with nausea and vomiting. This makes it impossible to take down anything. However, it’s highly recommended you try to eat because food helps to restore strength and balance to the body.

Sleep: This works hand in hand with relaxation. It gives the body time to recover from the effects of marijuana. It is a very bad idea to go walking around when you’re experiencing a marijuana hangover, It affects concentration, memory, and even productivity. This is why one of the things to do after a hangover is to relax. Get adequate restorative sleep!

How to prevent marijuana hangovers

Preventing a marijuana hangover is quite easy. Below are some quality tips that can help you reduce the chances of experiencing it.

Go easy with edibles: Patience is very important when dealing with cannabis edibles. It is advisable to avoid the consumption of large amounts of edibles to prevent marijuana hangover.

It is quite obvious that marijuana hangover isn’t a myth, it’s a fact. However, it is also a fact that they can be easily avoided and treated when it occurs. By avoiding the intake of large amounts of cannabis edibles you can easily prevent the experience of a marijuana hangover. 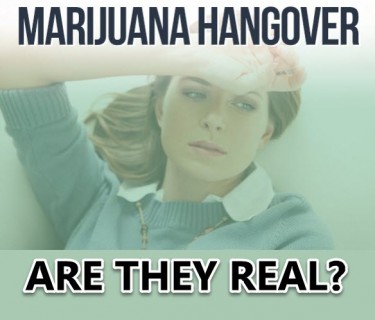 A HANGOVER FROM SMOKING WEED, WHAT IS GOING ON IN THE BODY? 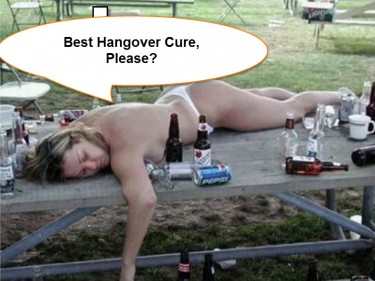 WHY MARIJUANA IS A GREAT HANGOVER CURE, READ THIS!