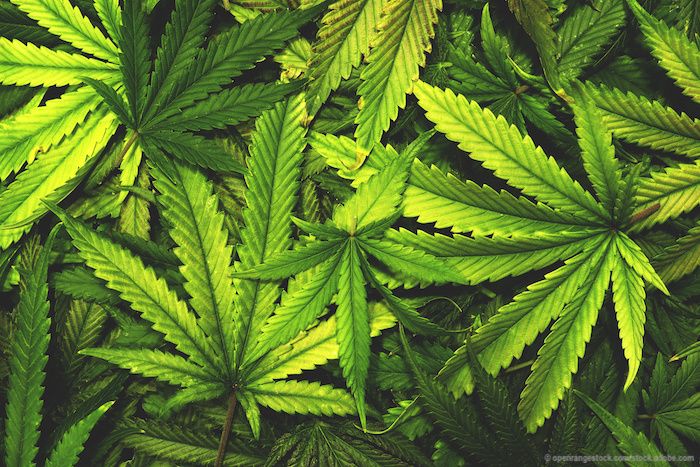 Marijuana, a non-traditional therapy for most medical problems, may have a bright future in glaucoma treatment based on its mechanism of action in the eye.

Currently, there are a plethora of traditional medical and surgical treatments for glaucoma available. However, clinicians and patients are increasingly turning to complementary treatments. Right now, about 5% of patients with glaucoma are taking advantage of herbal remedies, ginkgo biloba, bilberry, and marijuana, and vitamins, diet, and exercise to treat the disease, according to Bret A. Hughes, MD.

“Anecdotally, many of my patients use bilberry and ginkgo biloba with subjective success,” he said. Dr. Hughes is professor, Department of Ophthalmology, Wayne State University, Kresge Eye Institute, Detroit, MI.

Now, after legalization in a number of states, marijuana is under consideration and, Dr. Hughes noted, clinicians should educate themselves about these options in order to guide treatment options for patients.

Marijuana has a grand and storied history. The documented use of marijuana goes back to 3,000 years BC in Asia, Africa, and the Middle East where hemp was used for fabric and medicinal purposes as an analgesic. Marijuana only began to be used medically in Europe and the US in the early 19th century.

In the late 1600s, hemp was a mandatory crop in Virginia for making rope, clothes, appear, sails, and textiles; the seeds and stalks were the source of oils used in paints and varnishes, food, and fuels. The flowering bud is the source of marijuana.

The cannabis plants is comprised of more than 100 cannabinoids, the predominant ones of which are tetrahydrocannabinol (THC) and cannabidiol (CBD), Dr. Hughes explained. With hybridization of the plants over the years, increased concentrations of THC have resulted that have increased in potency from 3% to 5% to more than 30% and the oil extracts can have concentrations up to 80%. Cannabis was the basis for most patented medications before the introduction of aspirin in the 1800s.

Marijuana use became illegal in the 1930s based on the belief that it influenced criminal behavior; it ater was labelled as a controlled substance in the US in 1970.

Over the years, the laws relaxed and currently 33 states, Puerto Rico, and Washington DC allow medical use of marijuana and 11 states allow recreational use. In North America, recreational use currently is greater than medicinal use. Worldwide and in Europe, global medical use of marijuana is expanding exponentially with socialized medicine. Interestingly, use by adults ages 65 and older has increased 10-fold; in adults aged 50 to 64, use has tripled. Florida, with its high elderly population, has the third highest number of adults with medical-use cards of the states in which medical marijuana is legal, Dr. Hughes recounted.

Marijuana as a complimentary glaucoma therapy

Research has indicated that cannabis, when evaluated in normal subjects and those with glaucoma, results in decreases in IOP of 20% to 30% (Helper et al.) This result was confirmed in the 1980s by Merritt and colleagues and later corroborated in the early 2000s by Green and colleagues

Studies have found that oral, intravenous, and inhaled dosing routes are effective, but topical application is ineffective for glaucoma because of poor absorption through the corneal epithelium and resultant local tissue irritation. The most rapid onset of action (10 to 20 minutes) is achieved through inhalation, but the duration of activity is only 3 to 4 hours. The peak effect occurs at 2 hours when marijuana is ingested orally.

Cannabis therapy is expensive, so much so that it is potentially incompatible with use as a medical therapy, he explained. If patients spend $10 for each cigarette and use eight a day, that translates to almost $30,000 annually.

The American Glaucoma Society Position Statement as of now does not recommend use of marijuana for treating glaucoma over conventional treatments because of the inherent systemic risks.

A few mechanisms of action of marijuana have been proposed, i.e., central vs. peripheral, sympathetic vs. parasympathetic, aqueous reductions vs. enhanced outflow, and a possible vascular component. Research has been determining that they all come into play, Dr. Hughes noted.

“Humans have an endocannabinoid system with receptors that are stimulated by THC and CBD. The body also has naturally occurring cannabinoid receptor ligands, i.e., arachydonoylethanolamine and 2 arachydonoylglycerol, which mimic the effects of THC and CBD in the body,” he said.

Neuroprotection is a vital effect of cannabis. The excitatory cascade, he pointed out, is triggered by excessive glutamate that plays a role in retinal ganglion cell death in glaucoma. Therefore, antagonists of that glutamate effect provide a neuroprotective effect.

“Activation of cannabinoid receptor 1 inhibits the release of the excitatory glutamate and inhibitory GABA transmitters. The endocannabinoids inhibit endothelin, the manifestation of which is hypotension,” Dr. Hughes said.

Currently, the use of marijuana is not yet supported by scientific evidence compared with current glaucoma therapies.

“However, Dr. Hughes concluded, “synthetic and natural molecules that react with the endocannabinoid offer a new perspective for treating glaucoma, IOP control, and neuroprotection. In the future, cannabinoids may reveal themselves to be a more comprehensive treatment for lowering IOP, preserving the microcirculation, preventing apoptosis, and minimizing free-radical activity.”

This article was adapted from Dr. Hughes’ presentation at the American Academy of Ophthalmology 2019 meeting. Dr. Hughes has no financial interest in any aspect of this report.