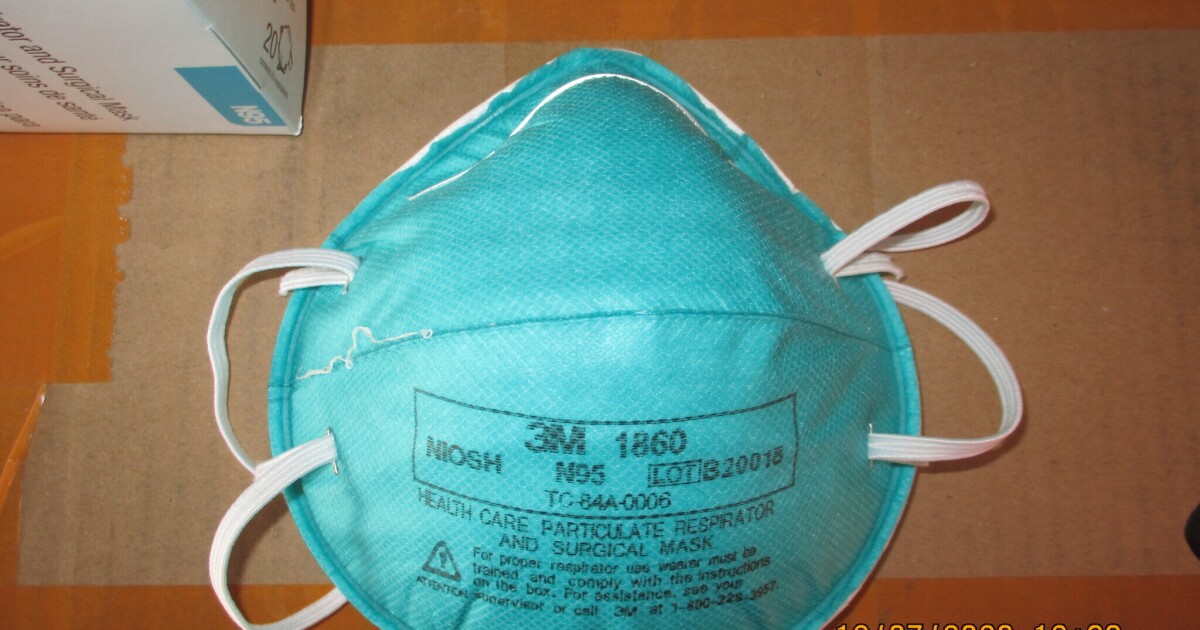 It’s despicable, yes, and horrifying. But is anybody really surprised that pandemic profiteers were trying to make a buck by selling the 1.7 million counterfeit N95 masks recently seized by authorities in a Queens, N.Y., warehouse?

The scam was particularly reprehensible since the masks were headed for use by healthcare workers who rely on top-quality, government-certified personal protective equipment to stay safe on the front lines of the pandemic.

Still, it’s just one tiny subset of the fraud and deception that’s out there.

There are people selling fake, at-home COVID test kits that don’t work, and antibody tests that are unauthorized and unproven.

The Food and Drug Administration has sent out more than 140 warning letters to companies hawking, among other things, herbal products, CBD products, oils and dietary supplements to fight COVID (thereby discouraging people from getting the real treatment they need). Among the fake cures on the market targeted by the FDA was something called “Dr. Paul’s COVID Aid Tincture,” which sounds like a patent medicine you’d purchase from a quack doctor in a top hat at a traveling fair in the 19th century. There was also also “Corona Destroyer Tea,” which falsely promised COVID “prevention” or “reversal” within a few days. Last year, Amazon said it had blocked more than 1 million products from its platform that inaccurately promised to cure or protect against the virus.

Criminals are exploiting COVID fear to trick Americans into divulging their Social Security numbers, Medicare and Medicaid ID numbers and other private medical information, according to the Federal Trade Commission. The scammers pretend to be from the local health department, the World Health Organization, the neighborhood drugstore or some other place you might trust. They tell you you’ve been infected, or even threaten that your children might be taken away if you don’t send them money or give them the information they request.

And of course we now have scammers promising early access to vaccines — for a price.

What’s wrong with these people?

Ann Tenbrunsel, a professor of business ethics at Mendoza College of Business at the University of Notre Dame, says some are narcissists who are selfish and lack empathy. Others, she says, practice “moral disengagement” by making up excuses to justify their own behavior. (“Oh, these fake N95 masks I’m selling may not be real, but they offer some protection — and that’s better than nothing.”)

And some fraudsters, says Robert D. Hare, an emeritus professor of psychology at the University of British Columbia in Canada and an expert in criminal psychology, are psychopaths. These people are characterized, he told the magazine of the Assn. of Certified Fraud Examiners, by “grandiosity; a sense of entitlement; a propensity to lie, deceive, cheat and manipulate; a lack of empathy and remorse, an inability to develop deep emotional and social connections with others; and the view that others are merely resources to be exploited — callously and without regret.”

This much is clear: There’s nothing new about the exploitation of the vulnerable in times of distress and difficulty.

In the United States, profiteering has been around since the beginning. Between 1776 and 1779, there were dozens of riots to protest merchants who were hoarding scarce products like sugar, tea, bread and rum in hopes of capitalizing on skyrocketing prices. During the Civil War, scammers allegedly sold cardboard shoes to soldiers that would disintegrate in water or mud.

Hawking ineffective, dangerous and in some cases addictive elixirs, pills and powders goes way back as well. The phrase “snake oil salesman” comes from the days when there was not yet meaningful governmental oversight of the safety or effectiveness of medicines. That only began in earnest in the early 20th century.

Historians have documented false and misleading promises made about products from quack physicians during both the Russian flu of the early 1890s and the Spanish flu of 1918-1920.

Healthcare fraud continues to this day, even when there’s no pandemic — with offers of unproven and unauthorized treatments for diseases including multiple sclerosis, diabetes, Alzheimer’s, HIV/AIDS and arthritis.

But in times of crisis and anxiety, people become even more susceptible to false, unproven, unscientific promises — and inevitably the predators are nearby to cash in on their vulnerabilities. There were millions of dollars stolen, for example, from vulnerable people in the aftermath of 9/11 and Hurricane Katrina.

The planet is full of low, rotten, unscrupulous people. But surely the afterlife should have one particularly disagreeable area reserved for those who, during their lives, made substandard face masks, ineffective “cure-all” tinctures and bogus vaccines in the midst of a pandemic that has killed more than 500,000 people in the United States and more than 2.5 million around the world.