Nowadays, everybody needs to speak the language of photography, according to Israeli photojournalist Ziv Koren. This notion is the leading concept behind Koren’s most recent project, a 2,500-square-meter cultural center and photography school called Eyecon, which is scheduled to open in November in southern Tel Aviv.

“Everyone, especially on social media, needs photography as a skill that complements their trade,” Koren said. “This includes designers, makeup artists, or any professional that wants to be present on social media,” he added. 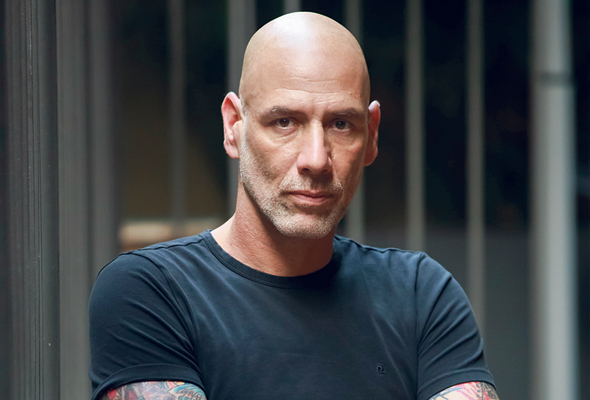 Koren, 50, is one of Israel’s most renowned photographers, with 120 exhibitions and 18 books under his belt. Koren has taken photos in almost every location in the world, documenting wars, terrorist attacks, and natural disasters. Now, for the first time, he is trying his hand at entrepreneurship and management, by heading the NIS 18 million (approximately $5.3 million) project.

“I love a good challenge,” Koren said. “When you take a path already traveled, you can do it with a Porsche but when you go down a new path, you have to use a bulldozer,” he explained. “In almost everything I have done in my life I needed to pave a new road, to tell an untold story.”

Koren’s vision is for Eyecon to be somewhere in the middle between a beginners’ amateur course and an academic degree focused on photography. Not everyone can take four years to study photography, he said, some people need shorter, more intensive courses that can give them the practical knowledge they need to develop this skill.

“If you are a romanticist,” Koren said, “it’s very nice to learn about chemicals and dark rooms, but, in practice, you don’t really need this, you need quick results.”

Photography is the most common hobby in the world, Koren said, with over 2 billion photos posted online every day. “Instagram alone has over 60 billion photos on its servers,” he added, “which is more than all the photos taken in the world since the invention of the camera and up to Instagram’s launch.”

This process means the lines between professional and amateur photographers are blurred, Koren said, but if someone wants to get better results they at least need some kind of basic training. 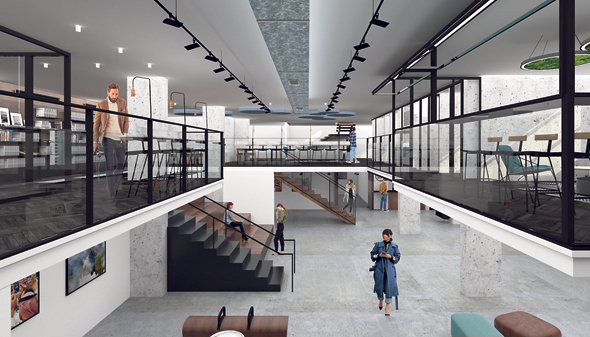 An artist’s rendition of the Eyecon photography center. Photo: Eyecon

In addition to the school, the center will include several galleries, shops for merchandise and professional tools, conference halls, meeting rooms, a cafe, and a library.

In addition to Koren, Eyecoon’s faculty will include some of Israel’s top photographers, such as Vardi Kahana and Eldad Rafaeli. Koren’s partner and the main investor in the project is photographer and businesswoman Ella Waldman. Nasdaq-listed website building company Wix.com Ltd. and Japanese camera giant Canon Inc. are among the center’s sponsors.

Isn’t it scary to launch such a project at a time like this?

“When the coronavirus (Covid-19) crisis started we were already knee-deep in this project. During lockdown, we had to put the entire team on furlough and decide whether we wanted to back down and go our separate ways.

“In the end, we made the riskier decision to push forward, despite the hardship and the fact that we will likely have to start the school year with smaller groups. There is a lot of chaos and we will have to learn to live with it. It is very challenging financially, but if we can survive this period we can live through anything.”

Over the past few months, Koren documented Israel’s handling of the Covid-19 crisis. “In the first two months of the crisis I was taking 3,000 shots a day,” he said. “The goal today is not just to take a good picture but to be able to create images that continue to echo in the collective memory, he added. 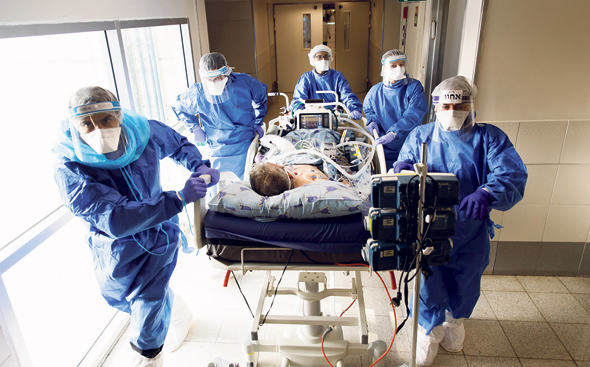 One of the photos Ziv Koren took while being embedded in Ichilov Hospital’s Covid-19 ward. Photo: Ziv Koren

Weren’t you afraid to catch the virus?

“I got into it knowing I was going to get infected. I spent hours in a protective suit, I self-quarantined, I didn’t see my daughters or my parents. I was documenting Covid-19 from early in the morning to late at night. It wasn’t any scarier than going into Gaza.

“I think fear is very important when you are in a truly dangerous situation. If you’re not afraid you are either overconfident or you have trouble reading the situation. Either way, you’re screwed.”

This notion of facing fears and pushing on is also what motivates Koren in his new project. “I don’t believe in starting small,” he said, “if you don’t give it your all, your project doesn’t have a right to exist. I don’t believe in soft launches. This may be the worst time in history to start a business but I am in it for the long run.”