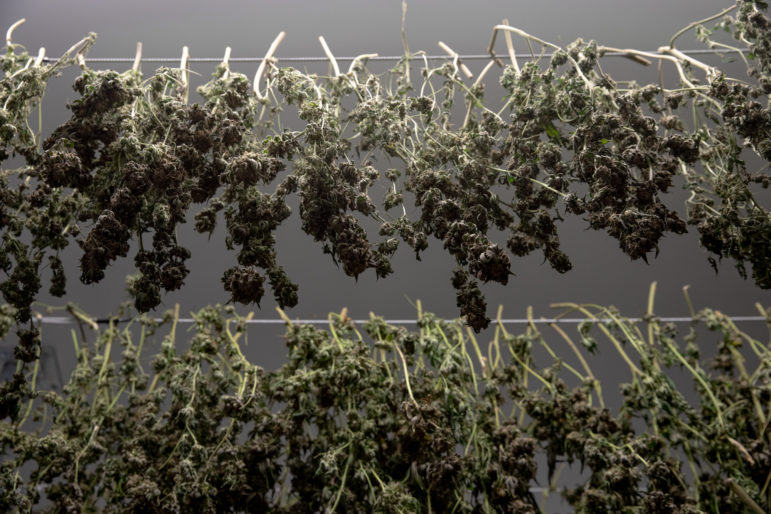 Marijuana flowers drying in room where the humidity and temperature are controlled. CTPharma in Rocky Hill.

Here’s an important fact. Some two-thirds of Americans – including majorities of Democrats, Independents, and Republicans – say that the adult use of marijuana ought to be legal. That’s according to nationwide surveys by Gallup, Pew, and other respected pollsters. In Connecticut, 63 percent of residents “support the legalization of recreational marijuana,” according to polling data compiled by Sacred Heart University and the Hartford Courant.

Here’s another important fact. Fifteen states and Washington, D.C. have now legalized cannabis for adults. Thirty-six states, including Connecticut, regulate medical marijuana access. Many of these policies have now been in place for the better part of the past two decades. None of these states have ever repealed or even rolled back their legalization policies. That is because these legalization laws are operating largely as voters and politicians intended and because the public finds preferable to criminal prohibition.

Here are some more facts. Legalizing and regulating marijuana disrupts the illicit marijuana market, end tens of thousands of annual low-level marijuana arrests, and creates jobs and new revenue. It further promotes public health and safety by taking the marijuana trade away from criminal entrepreneurs and placing it in the hands of licensed businesses.

Let’s also be clear about another important fact. Legalization neither creates nor normalizes the marijuana market. This market already exists in Connecticut and it is widespread. But under a policy of prohibition, this market remains underground and those involved in it largely remain unaccountable. Criminal entrepreneurs don’t pay taxes, they don’t check IDs, and they don’t test the purity of their product. Disputes that arise in the illicit marketplace are not adjudicated in courts of law.

By contrast, legalization and regulation allows for state and local lawmakers to establish legal parameters regarding where, when, and how the cannabis market may operate. These regulations also provide oversight regarding who may legally operate in said markets and provides guidelines so that those who do can engage in best practices.

Such regulations already exist with regard to the retail production and sale of alcohol and tobacco – two substances that are far more dangerous and costlier to society than the responsible adult-use of cannabis. The imposition and enforcement of tobacco and alcohol regulations, coupled with evidence-based public awareness campaigns highlighting these products’ risks and acknowledging the distinctions between their use versus abuse, has proven effective at reducing the public’s overall consumption of these substances, especially among adolescents. In fact, according to the latest federal government survey data, teens’ use of alcohol and cigarettes now stand at or near historic lows.

Similarly, recent data from the U.S. Centers for Disease Control and Prevention reports a decrease in lifetime marijuana use by young people over the better part of the past decade. In addition, a 2019 study published in JAMA Pediatrics concluded: “[M]arijuana use among youth may actually decline after legalization for recreational purposes. This latter result is consistent … with the argument that it is more difficult for teenagers to obtain marijuana as drug dealers are replaced by licensed dispensaries that require proof of age.”

Today, some one-in-four Americans reside in a jurisdiction where marijuana is legal. It is time for Connecticut lawmakers to advance similar policies. The establishment of a pragmatic regulatory framework allowing for the legal, licensed commercial production and retail sale of marijuana to adults best reduces the risks associated with the plant’s use or abuse and acknowledges the reality that consumers’ demand for marijuana is here to stay. By contrast, advocating for the marijuana’s continued criminalization denies this reality and compounds the public safety risks posed by the illicit, unregulated marketplace.

Paul Armentano is the Deputy Director of NORML — the National Organization for the Reform of Marijuana Laws — and he is the co-author of the book Marijuana Is Safer: So Why Are We Driving People to Drink? (Chelsea Green, 2013).

CTViewpoints welcomes rebuttal or opposing views to this and all its commentaries. Read our guidelines and submit your commentary here.