How could we resist it !

A cannabis-growing company won approval from Weed’s city council Thursday night for a development agreement, ensuring that city ordinances and zoning codes in place when it takes effect cannot be undone by changes made in the future. Reports Mt Shasta News 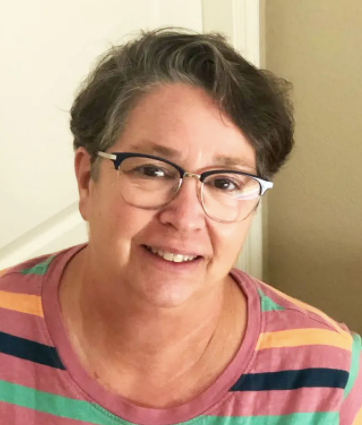 “I’m not embracing the connection of the name of our town and cannabis, and I won’t start using cannabis. But how can we say no to something that is legal and brings jobs?” she said.

The council voted 5-0 to approve the agreement between the city and Shasta-Jefferson Growth, Inc, which hopes to grow cannabis in greenhouses, manufacture cannabis products and truck them from facilities in South Weed. 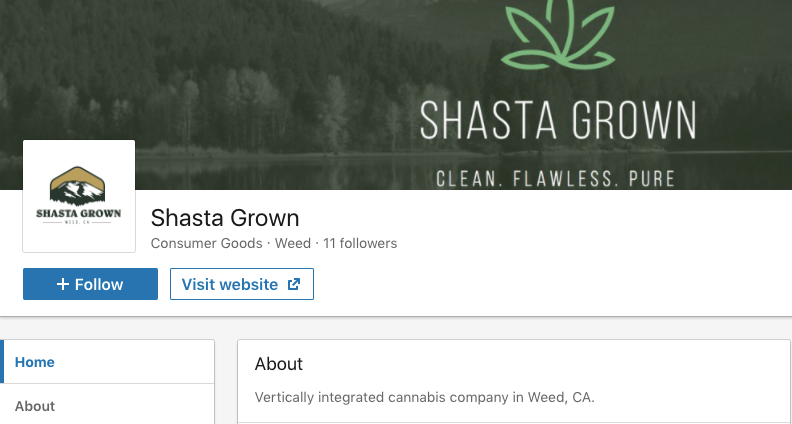 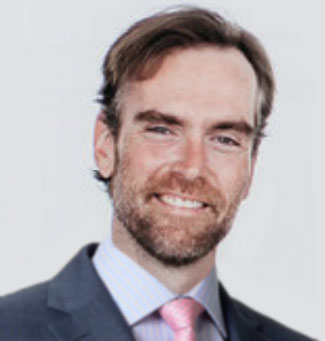 10 years of industry experience in cultivation, manufacturing, regulatory compliance, operations, local lobbying and project management. Degrees in Anthropology and Linguistics from the University of Florida. 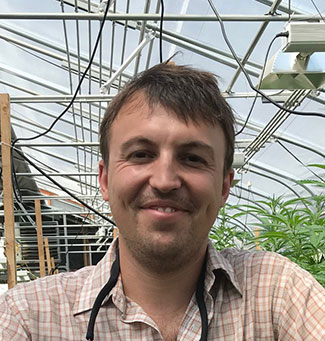 15 years as a horticultural specialist in the Medical Cannabis Industry. Successfully obtained permitting for mixed light cultivation facility in Northern California. Holds a BA Ecology and Field Biology from the University of Virginia with experience in environmental consulting. 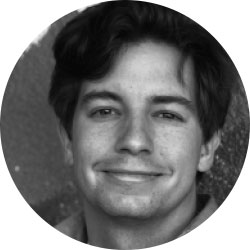 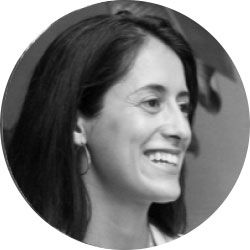 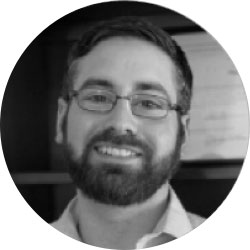 JD in Environmental Law. Eight year career in the courtroom as a Criminal Defense Attorney. 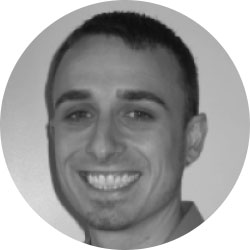 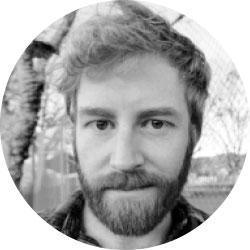 10 years as an accounting consultant for small & medium sized businesses.

Seven years of experience in operation management, business development, cultivation, and activisim within the cannabis industry.

10 years as an accounting consultant for small & medium sized businesses.

None of the councilors voiced reservations about the agreement during Thursday’s meeting.

“I really believe if it comes to fruition, the project is going to be a success. For those who oppose this, it may not be the boogeyman you think it is,” said city councilor Bob Hall.

The bulk of public comments during a split, August-September public hearing session favored the project because of expected jobs it would bring to Weed.

“I live in Weed. Jobs are desperately needed, we need jobs that pay a decent wage and pay the bills,” said Edward Diaz, who was followed by speaker after speaker

Though opposition wasn’t heard during the September 10 public hearing, Jennifer Dickinson sent a letter to the council and city outlining her concerns. Dickinson, who has a law practice in Weed, told the council that indoor cannabis growing is water-intensive. She said she’s worried that water usage by Shasta-Jefferson could drain the city’s aquifers.

“I’m not opposed to the use of cannabis,” said Dickinson in an interview. “But if we’re looking at the increased possibility of drought and water restrictions for residents here, how can the city consider an industry that uses so much water?”

Dickinson also worries about the amount of power required for indoor growing, and questions the accuracy of the number of projected jobs that Shasta-Jefferson CEO Raymond Strack Strack said the company will provide.

“The market in California is currently saturated with overproduction of cannabis products,” Dickinson wrote. “The industry in California and Oregon has stalled and is not making the profits projected.”

“In reference to the amount of water this project will consume – Mr. Strack met with our public works department months ago and the preliminary numbers for water consumption will not affect our ability to provide his company and our residents an ample supply of water, It should be noted that the water system within the city limits of Weed utilizes a different water table/aquifer/springs than what has been reported in the Big Springs area.”

Strack said in an email that “Dickinson is likely referring to indoor cultivation here and does not understand the nuances of our cultivation practices, which are based in probiotics, and a living soil web … This practice uses far less water than other methods. Ms. Dickinson is not an expert, and her viewpoint is heavily influenced by practices prevalent in illegal cultivation, which use water as the medium for nutrient delivery.”

About the power drawn by a project like Shasta-Jefferson’s, Rundel said, “according to Mr. Strack, he has met with officials from Pacific Power and they do not see any issues arising from his quantity of electricity.”

Strack said his company has been diligent in ensuring their facility design is as green as possible. “We are not an indoor growing facility; the plan is to operate greenhouses which will provide the ability for us to grow year round.”

Rundel said the city is aware of the cannabis industry’s current situation. “City staff and the city council are aware that the (legal) cannabis industry has issues on a state and federal level that could possibly affect Mr. Strack’s employment level projections.”

“Strack’s development agreement does not waive all the other necessary requirements for his site (CEQA, permits, plan reviews, etc),” Rundel added.

According to Strack, California adult use market “has had a remarkable turnaround this year.” In his email, he wrote that a graph in an article in Marijuana Business Daily, an industry publication, illustrated his point: “Total sales were $348 million in July 2020, approximately 30% greater than July 2019.”

Legalization of cannabis in 2018 in the state may have facilitated the view by the Weed council that Strack’s project was an opportunity to bring better paying jobs to the city.

“In the last 20 years, cannabis has been separated from heroin and meth,” Hall said during the discussion with other council members. “Until someone else comes along and says, ‘here, look at this,’ I’m in favor of this project.”

Hall said that because he was born in McCloud and has lived in Weed since 1967, he has an understanding of the plight of families trying to exist in the mountains.

“We lost 750 mill jobs in one night in 1982 and never recovered. Weed needs jobs that pay livable wages.”

“Cannabis is a permitted business in the State of California,” councilman Ken Palfini said. “We’ll (the council) still be in control, we’ll still be the city’s guardians. I don’t think the city is over-stretching with this. If this was Budweiser, would we be having this conversation?”

“I’m not embracing the connection of the name of our town and cannabis, and I won’t start using cannabis. But how can we say no to something that is legal and brings jobs?” she said.

Tavalero said the council’s thinking has changed over the past six years. “In 2014, the council discussed whether medical marijuana should be allowed in Weed, and the answer was ‘No’. In 2018, the state had a vote, should cannabis be legal in California? In three Weed precincts, most voters said ‘Yes’.”

Councilor Stacey Greene said the council would keep track of the cannabis industry in Weed. “If we regulate this right, and hold people accountable according to state and local rules, we’ll be OK.”

Councilor Kim Green wanted to clear up a misconception about Measure B, the cannabis-related measure on the November ballot.

“The measure asks, should we regulate the commercial growth of cannabis in city limits? A ‘no’ vote stops us from regulating it. A ‘yes’ vote says the city should make regulations and hold business to the regulations.”

Shasta-Jefferson has pursued the development agreement with the city for more than two years. Its approval by the council is the first step in the 2-3 year process of purchasing land, entering the EIR process, submitting plans to the city, and constructing the greenhouse building in which cannabis would be cultivated and grown.

The agreement only becomes effective when the land for the complex is purchased. Shasta-Jefferson has a year to buy the 56-acre parcel it has a lease on in South Weed, with frontage on Black Butte and East Vista drives.

Shasta-Jefferson’s manufacturing and distribution buildings are not part of the development agreement. Work on the two buildings, along with retail shops (non-cannabis) and a restaurant, could begin next Spring, according to Strack.

Until the greenhouse building goes through the city’s vetting and EIR processes, the company plans to buy cannabis for its manufacturing facility “from licensed producers who are mostly from Trinity County,” Strack said. The company plans to manufacture cannabis edibles, smokables, sleep aids, etc, and sell to distributors in the southern part of the state.