Beth Stavola laughs when she recalls the early days of her cannabis career almost a decade ago, landing back in her home state of New Jersey after one of countless trips to her cannabis businesses in Arizona. She lived in a state that had what was widely considered at the time the most restrictive medical cannabis program in the entire country, worked in a state thousands of miles away that had a growing MMJ market and its own risks — and did it all in a country where her entire business was considered criminal. She was blazing new trails as one of the few women in an exciting new industry — but couldn’t openly share her successes with her children and friends.

“It was my dream, every time I landed at Newark,” she says now. “I would say ‘it would be great to have an amazing program in New Jersey to see my friends, family and my fellow New Jersey-ians able to reap the many benefits of medical cannabis treatment.”

Now with New Jersey having approved cannabis for adult (“recreational”) use and expected to see its first retail sales by later this year, Beth Stavola is seeing her dream come true, and then some. In the span of less than a decade, Stavola has gone from a passive investor in Arizona and other states to a true cannabis trailblazer, as the first (and currently only) woman to be awarded a cannabis license in New Jersey. She is currently in court in regards to her abrupt departure from iAnthus (OTC: ITHUF), the troubled management company she joined earlier in 2020 before leaving in August. As a New Jersey court weighs its decision, Stavola looks back at her early days in Arizona and forward at New Jersey adult use and the challenges her home state will face.

From the Jersey Shore to the Green Rush

A self-described “proud Jersey Shore mom,” Stavola has built her career on Wall Street as senior vice president of Institutional Equity Sales at Jefferies New York while raising her six children, including twin girls. It was after the birth of her twins that she decided to retire from Wall Street, while keeping an eye out for other opportunities that looked promising. “I can’t lie, I love to work,” she says. “And I wanted something to keep my mind sharp.

At the time Chris Christie was serving as governor of the Garden State, and while New Jersey did have a medical marijuana program, he made little effort to expand access or even work towards destigmatizing the medicine, referring to it as simply a “front” for legalization efforts.

“Back then it was NOT popular in New Jersey or really anywhere on the East Coast. It was thought of as a California thing or a Colorado ‘experiment,’” says Stavola. But then a deal broker brought her an opportunity to invest in medical marijuana in Arizona, and “I decided to jump in with both feet.”

“My biggest concern back then was discussing this with my children and then how would I be viewed by others. Would I be viewed as the “pot mom” and my daughters would be ostracized because of my new profession?”

In addition to the social risks back home; in Arizona, the risks of working in a federally prohibited industry started to become part of Stavola’s new reality. “These were things that kept me up at night, like the many concerns that the pioneers of this industry had every day, she says.

“Will all of my employees be safe today, given the fact that we can’t deposit any of this cash in the bank? I slept with a phone in my bed for a very long time, for my children (anyone with teens knows that feeling) but also for my other family out in Arizona — wanting to make sure that everyone was able to lock up the stores safely and return safely from work to their families. These were the days where individuals were taking real risks in even deciding to take a job in the industry, whether it was being denied a mortgage for their first home or loan for their first car, to the stigma attached for their own children – the same the way I was feeling about protecting my own family.”

The more involved Stavola became in her cannabis business, she began to see the impact that cannabis medicine was having on the lives of the people she served in Arizona. Veterans and other patients who had been prescribed countless pharmaceuticals (“oxy-everything,” Stavola says) mothers desperate to save their children’s lives — Stavola became more involved in the value of cannabis as medicine. Suddenly, she says, cannabis went from a passive financial investment to the “true passion” of her life. She went on to found Stavola Medical Marijuana Holdings, Health for Life Inc., Melting Point Extracts, GreenMart of Nevada and CBD For Life. By 2017, she had built a multi-million-dollar portfolio, which she sold to a Canadian company later known as MPX Bioceutical and joined the company to run its US operations. It is under a separate WBE entity, MPX New Jersey, that Stavola holds her license to grow, manufacture and sell cannabis that is the subject of the current litigation with iAnthus.

While Stavola won’t discuss details surrounding her tenure and departure from iAnthus or the NJ lawsuit, she does say that the experience, as well as her early days in Arizona, has further informed her understanding of the industry and some of its continuing issues.

“I want to focus on women and minority (owned) businesses being able to successfully participate — not just put forth and then wiped out after the big win: all of a sudden you have a staff that’s fabulous –looks like the model of true diversity — and then having it (become) a bunch of white men in suits. The switcheroo.”

“One of the things that I think overall in the industry that needs to be addressed is that people say, “Oh isn’t cannabis so great, so inclusive to women!” And I say, “well sure, if you want to be a pastry chef or run a trim room. But look in the C-suite of a lot of these big companies, and there’s only one female CEO among all of the big MSOs.”

Looking to the Future of New Jersey Adult Use

In regards to leadership for state cannabis operators, Stavola is confident that New Jersey regulators and leaders are highly motivated to ensure diversity in the new adult use market. With adult use on the near horizon, New Jersey operators will be finding a more competitive cannabis landscape than ever going forward. The adult use bill allows for more licenses to be issued for recreational sales — and Stavola is looking forward to losing her distinction as the only woman license holder in New Jersey cannabis to make way for more women and minority owned businesses to get a piece of the legal cannabis pie.

Moreover, she acknowledges that more licenses are absolutely necessary to meet the demand of the adult use market in a state of 9 million people. “I’ve never been one who’s fearful of competition; I think it’s healthy,” she says. 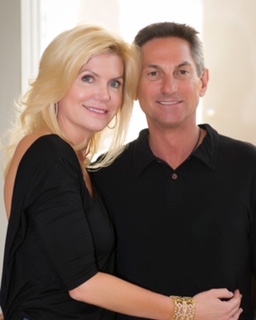 However, she acknowledges that entry into the adult market must be gradual, and only as long as the medical market’s need can be met. “We can’t as a state be pulling the rug out from medical patients,” she says. Stavola says she has full confidence in the rollout being overseen by Jeff Brown at the NJ Dept of Health. “He’s very thoughtful in the way that he is thinking about rolling this out, and he’ll be front and center.”

On Becoming the “First Lady” of New Jersey Cannabis

Stavola’s cannabis journey came full circle in 2018, when she was awarded one of the current 12 licenses in the state of New Jersey as the only woman owned cannabis business in the state. She says it represents for her the pinnacle of not only her career and accomplishments in the cannabis industry, but also as a mother.

“It brings tears to my eyes now to even discuss, I made my daughters so proud after all the years of feeling that I had to keep my passion somewhat hidden for their protection, Stavola says. “My daughters were so proud to see their mom lead the charge in this industry in our home state of New Jersey for women!. Currently MPX NJ is the only women owned cannabis license in the state of New Jersey and I want to be a huge part of leading the charge for women and minority groups to participate in this incredible industry. I went from shielding my daughters from the stigma and harm that I felt my involvement in the legal cannabis business could create for them to being a role model for these young girls and women looking to become entrepreneurs and BOSSES in this industry.”