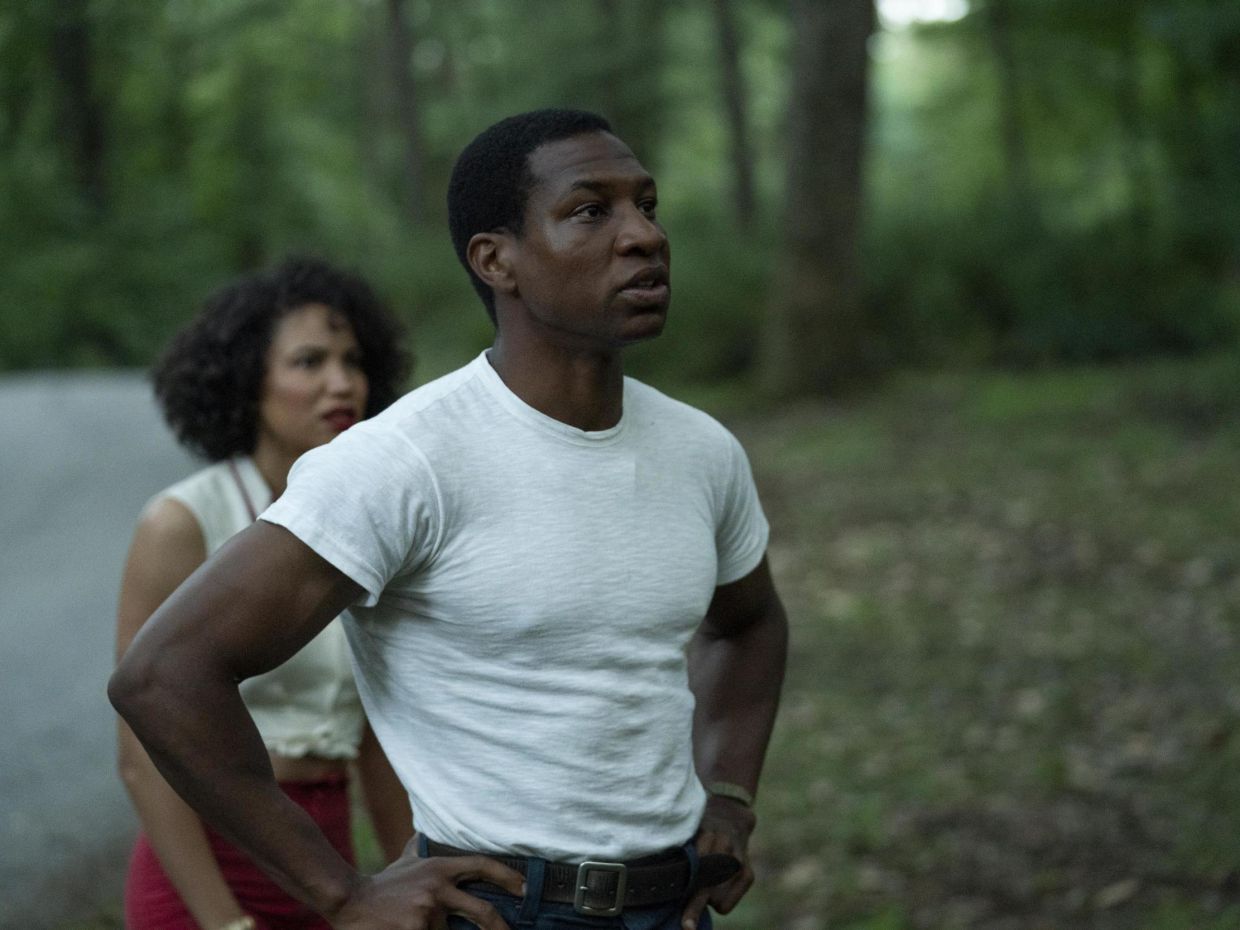 The plot of Lovecraft Country – which has scored a perfect 100% on review-aggregation site Rotten Tomatoes – juxtaposes killer monsters with the horrors of racism.

In a recent video interview, the creator and stars of the new drama series – produced by filmmakers Jordan Peele (Get Out, 2017) and J.J. Abrams (Star Wars: The Rise Of Skywalker, 2019) – discuss how its otherworldly elements can add to people’s understanding of systemic bigotry.

The story follows a young black man, Atticus Freeman (Jonathan Majors), as he takes a road trip with his uncle George (Courtney B. Vance) and childhood friend Letitia (Jurnee Smollett) in search of his missing father.

The journey is fraught with danger as they not only encounter the supernatural, but are also forced to travel through unfriendly towns with racial-segregation laws.

The show’s creator, Misha Green, says “the monsters are a metaphor for the racism that’s always been (present) in America and even globally”.

And horror or science fiction “works best when it is the metaphor on top of the real-life emotions and the real-life problems that you explore”, adds the 35-year-old, who created the slavery drama Underground (2016 to 2017) and wrote for superhero show Heroes (2006 to 2010).

Majors, 30, says the story’s racist humans are just as scary as the monsters, if not more so.

“In my opinion, a monster is a monster. A monster is something that is driven by a system that terrorises or destroys.”

But, he observes, “it’s quite different when that monster is disguised in the same body as you and the only thing that’s different is the skin colour”.

That makes it more of a “mental and psychological” threat, says the actor, who starred in the drama The Last Black Man In San Francisco (2019).

In some ways, the bigots on the show “are that much more terrifying than a shoggoth or Cthulhu”, Major adds, referring to two supernatural creations from the writings of author H.P. Lovecraft, who inspired the source material for the series, a 2016 fantasy novel by Matt Ruff.

“Being in any marginalised group in this very powerful country is quite terrifying. It’s something (the characters) deal with, and that I and my brothers and sisters have dealt with,” Majors explains.

Introducing fictitious monsters to the tale also serves as a “kind of a shortcut” so the audience can understand what it is like to confront racism, he adds.

And the scares in the story will plug into visceral fears that everyone has.

“Because we all believe in monsters, whether you want to say it or not. When you’re a kid, it is the bogeyman under the bed, then it becomes your ex-girlfriend or your principal, ” he says.

“Then somehow, we lose that, but in the show we’ve brought it back, and it makes it that much more immediate and universal.”

Smollett, who plays the spirited Letitia, says the heroes of Lovecraft Country “are essentially going on a quest to bring down white supremacy”.

“And we are still on that quest today, in 2020, as black Americans, ” says the 33-year-old, who appeared in the superhero film Harley Quinn: Birds Of Prey earlier this year.

“Because racism is such a demonic spirit, it’s something that we are still fighting off.”

Like Majors, she believes that the monster of racism is much harder to fight than any Lovecraftian one.

The actress says: “The unfortunate thing about the spiritual warfare our characters are engaged with in bringing down racism is that you don’t really know where it’s coming from. And that is sometimes even more of a threat because it’s unexpected, it affects your livelihood and it affects your pursuit of happiness.”

Smollett adds: “It’s the isolation and trauma you experience on so many levels when you realise that America has not evolved a place for you.

“With a monster, you kind of just have to outrun it.” – The Straits Times/Asia News Network

Lovecraft Country airs every Monday at 9am on HBO Go and 10pm on HBO (Astro Ch 411).